Out of an abundance of caution, CCD has elected to cancel Atlanta Dance Weekend 2021. We are already looking forward to hosting you on Nov 11-13, 2022 for ADW 2022 though so mark your calendar now!

Welcome to Contra Dance in Atlanta

Many of the musicians, callers, and sound technicians who make the Contra magic happen every Friday have been put into serious financial jeopardy by COVID-cancelled dances. PLEASE HELP US RAISE MONEY TO HELP THEM.

Note that this fundraiser is separate from any DisDance fundraiser, donation, or tipping. 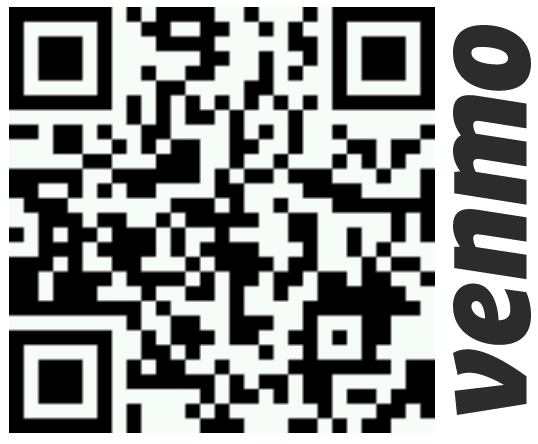 Half contra, half English program with a tai chi warmup led by Cis Hinkle.

Note: This is not a CCD or ECD Atlanta event. Please contact Seth Tepfer for additional info or questions!

Enjoy dancing if you are moved, or just enjoy chatting with your friends or enjoying good music. The program of contra and ECD (and a free waltz or two) is selected by the caller to be easy and satisfying with one or two people. If you'd like to warm up with 20 minutes of tai chi, arrive at 7:10 for a session with Cis Hinkle.

New! We encourage you to stay with us after the dance as we go around the circle and share the highlight of our week!

Don't forget, you can always turn off your camera and dance like no one's. watching! Or just enjoy chat and good music if you don't want to dance. We'd love to see you!

Meg Dedolph is a Chicago-area dance caller with a deeply weird repertoire, which allows her to call contra dances for rooms full of enthusiasts and newcomers, to teach Irish set dances at Morris dance weekends, or to present the never-repeated Night Of Unplanned Triplets Because It's Snowing And Only Six Of You Came. She spent her teenage years working as a Girl Scout camp counselor, completely unaware that it was a job that grownups could have too. Since leading kids in Baby Shark (before it was cool), she found folk and traditional music. Now she plays guitar and drums for the Cosmic Otters and is a Chicago-area dance caller, appearing at regular contra dances and once-in-a-while church harvest festivals. She and her family run an all-ages dance series in the Chicago suburbs, dance on the city’s only Morris team and organize a kids’ longsword team.
Sam Bartlett is a traditional musician known throughout the United States for his mandolin, banjo, and guitar playing as well as his original music. His compositions have been profiled on NPR’s All Things Considered and his playing has been featured on the Thistle & Shamrock, and in two Ken Burns documentaries, Prohibitionand The Dust Bowl. Sam has recorded with a virtual who’s who of traditional musicians, among them: Garry Harrison, Paul Brown, Eden MacAdam-Somer, Rafe Stefanini, Pete Sutherland, Dirk Powell, Rodney Miller, David Greely, and Rick Good.
Eric Schedler plays accordion, piano and banjo for contra, square and English country dancing with Midwest-based bands the Cosmic Otters and Supertrad. With his playing firmly rooted in traditional Irish music, Eric has performed and taught at camps and festivals around the country, and currently serves as program director of the all-ages Cumberland Dance Week, a project of the Lloyd Shaw Foundation, of which Eric is also a member of the board of directors.
Callers and bands are not paid—they rely on your generous tips. Please donate to their tip jar [above] as you can.
We encourage you to stay with us after the dance as we go around the circle and share the highlight of our week and, in some weeks, engage in a game or two.

Doors open at 7:00 Eastern for a Zoom lesson for those who would like it and social time for those who’ve done it before. Be sure to clear out some dance space in your house, charge your device, and come on down (virtually, of course) to enjoy this dance and community event. Tai chi starts at 7:10 and dancing starts at 7:30 with the last waltz at about 8:45, and the hall will remain open for another 15 minutes for chitchat and farewells. Note: Atlanta DistDance uses gender-free calling.

Dancing starts at 7:30 with the last waltz at 8:45, and the hall will remain open for another 15 minutes for chitchat and farewells. Note: Atlanta DistDance uses gender-free calling (larks and robins).

Please share with your friends near and far! Hope to see you Friday!